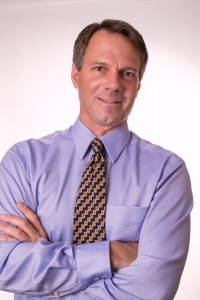 Marc Gelinas is founder and CEO, Attorney and MBA(McGill), wrote the much acclaimed White Paper on Interest Calculation (published in “Real Estate law & Industry Report”) hands-on paper whose purpose is to have market participants understand that interest calculation is not simply keying in variables, but implies many other fundamental elements, many of which have been forgotten over time.

Jurismedia‘s first interest-calculation product, created in 1992, was first used in the legal community, hence the company’s name. Because of the legal profession’s specialized needs, the software has evolved over the years into an extremely flexible tool called Margill, whose computations include regular and irregular loans, mortgages, leases, lines of credit, investments, present value, pre- and post-judgment interest, etc.

Margill has evolved to serve a wide variety of industries and clients in 41 countries. These industries include:

With its team of seasoned programmers and experts in interest calculation, Jurismedia works very closely with clients to constantly improve its products. Service is also one of the key benefits of working with us. If you need help, you can count on our team!

As an attorney in the early 1990s, Marc Gelinas notes that the hand calculator and basic spreadsheets are the tools of choice for the legal profession when it comes to interest calculation. Errors are rampant and interest is often simply ignored! So, Mr. Gelinas commissions programmers to develop interest-calculation software that will be powerful enough to meet the particular needs of the law profession. He knows it must be efficient and user-friendly for lawyers who may not be computer savvy. Jurismedia’s first software, LogiCalc, is created for DOS.

LogiCalc becomes Margill and is now Windows based. It now offers even more powerful calculation tools.

The US Health & Human Services starts using Margill Law Edition to collect debts due to the US government.

Margill products are now sold in more than 20 countries.

Over 700 law firms around the world is now using Margill Law Edition.

Margill products are now sold in over 30 countries.

Margill Standard and Law Editions are revamped with a new user interface and even more features with version 4.0.

Margill Loan Manager 4.2 is released and includes a host of features to vastly expand user options.

Margill Loan Manager Software as a Service (SAAS) on the cloud available as well as the Web portal for Borrowers and Creditors.

Happy customers
… can’t please them all!